Microsoft Build, the preeminent conference for developers, and my first IT conference experience!

Recently I had the opportunity to attend Microsoft Build.  I walked in feeling like a stranded canoe without a proper paddle, but that nervous feeling was quickly replaced by excitement at the fast-paced, action-packed conference agenda.

The conference focused heavily on artificial intelligence and its integration into commercial applications, Microsoft Graph API, and IoT (Internet of Things) technology.

Monday morning’s festivities began with keynote speeches which were aimed at “setting the mood” for the three-day conference. The highlights I took from the speeches were the individual spotlighted technologies. A heavy emphasis was put on the use of artificial intelligence with IoT devices. IoT, or Internet of Things, is a moniker for individual devices which can be wirelessly connected to the internet. A revolutionary change to the implementation of these devices was unveiled. With the minimalization of hardware and the advances in AI technology, Microsoft now provides the ability to develop software for IoT devices and deploy using containers to the IoT devices.

The first session I attended on Monday was a workshop about building Office Add-Ins with JavaScript, right up BEC Legal’s alley. The basis of this workshop was to follow an Excel add-in tutorial with the aid of Microsoft professionals. The add-in incorporated a ribbon button to launch a task pane, and a button on the task pane that used stub data to create a table in the active worksheet.  It was made clear that the goal of Office.js is to parallel the functionality seen in VBA and VSTO add-ins. The nature of a web-based application will limit that, of course.  It will not be able to touch the local drive, nor will it have functionality that is not seen with Office Online.

To complete day one I attended a breakout session covering the usage of Azure Active Directory for secure logins and identity services. Throughout this conference it was clear that Microsoft visualizes the future of computing to be based on the individual over multiple devices, not on the individual devices being used. This requires an individual’s identity to be securely used across these multiple devices. To implement this, Microsoft is developing the Graph API, which provides access to a user’s data to all the client services they use. Also highlighted was the Microsoft Authentication Library (MSAL). The MSAL is being developed to provide client-side authentication to Azure services.

Tuesday began with a keynote speech focusing on Microsoft 365.  Microsoft 365 is the combination of Windows 10, Office 365 and EMS, Enterprise Mobility and Security.  This connection is powered by the Microsoft Graph API.  The Build conference continually focused on these areas, clearly  the direction Microsoft is taking in the coming year.

The two sessions I took on Tuesday both centered around the application of Microsoft Graph API into the applications you are developing. The first session was titled, “Build Mobile Apps with Graph,” which dove a little deeper into the documentation and implementation of the Graph API. The API can be called just like any other and it is built on the standards of OData. (This means the same foundation we have built for communicating with the BEC CoreRelate API can be used to access the data found in the Graph API.)

The second session was a breakout covering the specifics of the Graph API and the data it exposes. The title of this course was, “MSGraph, Connect to the essential data every app needs.” This session began with reiterating the Graph is all the data about you in both your corporate and consumer accounts. It can all be accessed from one token and is updated in real time. Not only does the API provide access to identity information, One Drive (SharePoint) files, but it also provides the full text search ability of Outlook Items and the ability to handle free/busy searches on users for appointments. An example of the Graph API integrated with Teams was shown. This example created a group, added team members and then created that Team. All of this could be seen updating in real time on Microsoft Teams as each call to the API was made.

On day three, the first session I attended was an overview of using Visual Studio, Xamarin.Forms and Microsoft Azure to develop mobile applications. One interesting point learned is the use of the newly released MSAL or Microsoft Authentication Library. Microsoft is in the process of creating dependencies that can be used across all development platforms to authenticate to Azure authentication services. MSAL has recently been released and can be used with Xamarin.Forms!

A few other interesting topics covered in this session included CosmosDB and the Azure Cognitive Services. CosmosDB is a cloud-based database that can be accessed anywhere around the world. The big selling point was the ability to replicate the data to any data center around the world right from the Azure portal, giving your app the ability to seamlessly access data from anywhere in the world with no lead time.  Azure Cognitive Services is a toolbox of available AI services that can be implemented into your app.

My next session was titled, “Tips and Tricks for Debugging Visual Studio 2017.”  The session itself was informative and showed off some cool new features of VS 2017. One interesting feature is the “Snapshots” tool, this feature allows you to store the state of the debugging environment at a breakpoint and then return to it later in the debugging session without error.  We went over a lot of other features and I would recommend the review of this course by anyone who uses Visual Studio as a development environment.

I finished out the day with a session on Azure SQL Managed Instances.  The main takeaway from this session is the power of a managed instance is that it is an independent silo for a consumer’s data and they can have full control to administer it. Unlike a server with multiple databases where a consumer’s data could be accessed from another client if they are given administrative control.

Overall the 2018 Microsoft Build conference was a unique experience. My main takeaways are Microsoft’s commitment to moving forward with their Graph Api, a commitment to Microsoft 365, which is the change from a user’s experience being per device to the user’s identity being spread across all devices at real time, and the inclusion of artificial intelligence into their apps (with accessibility to apply it to our apps.)

And unrelated to technology… 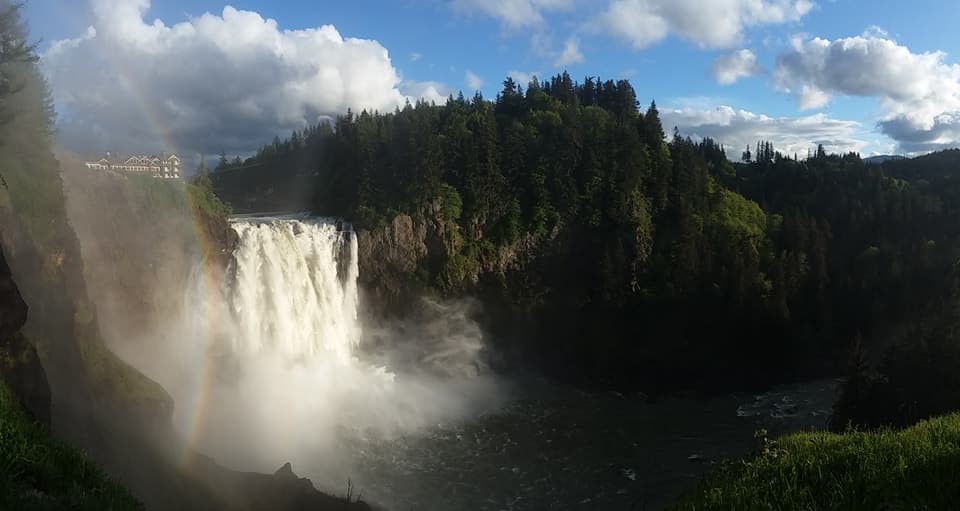 The conference was held in Microsoft’s backyard at the Seattle Convention Center. This was not only my first IT conference experience, this was also my first trip to the Pacific Northwest. All I can say is, it is one of the most beautiful places I have ever been. Above is a picture of Snoqualmie Falls, Washington’s largest waterfall dropping water over 250 feet. Truly stunning.

Find out more about our modular practice management solutions

Fill out the form below to request a demo of our services.